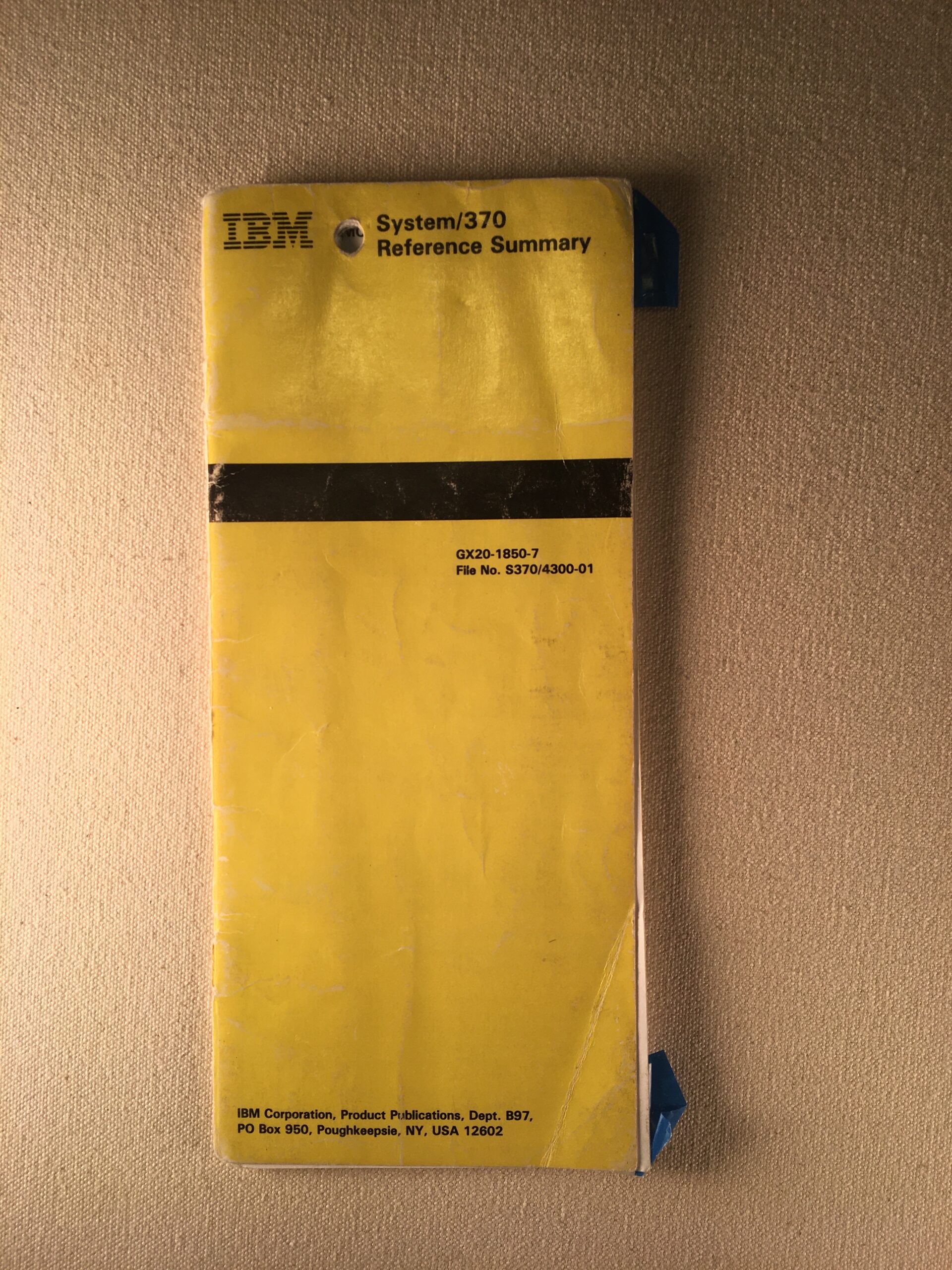 More about this time can be read in Balancing Act: A Practical Approach to Business Event Based Insights, Chapter 23. Development and Chapter 38. Abends.

The following diagrams were carried by many of the support team so as to be able to understand the GenevaERS “p-code” if you will, called the Logic Table.

The “Yellow Card” was not really a “card” at all, but a booklet containing short descriptions of all the essential elements of the System 390 mainframe. This was carried to work and home from work by some of the support team, and was often used in understanding the generated machine code and subsequent problems. In these pages one can find:

– The op codes or hex values for those instructions, if one is looking at machine code and trying to decide what the code is attempting to tell the machine to do.

– What the corresponding instruction name and intent of those machine instructions are.

– The various formats each of the assembler instructions take for s/390 assembler take.

Although never used on the commercial GenevaERS system (but likely used in some manner in the original system development at the State of Alaska), some technical team members were proud to receive a reprinted S/360 “Green Card” (from which the “Yellow Card” received it name)

The following were also used at times; these were produced by Price Waterhouse as part of its Mitas Technical Training Program.